Interview with Prof. SUZUKI Kojiro From Aircraft to Space My Dream with Wind Tunnels by Editor of SOSEI Vol. 39 "Reaching Space from Kashiwa" 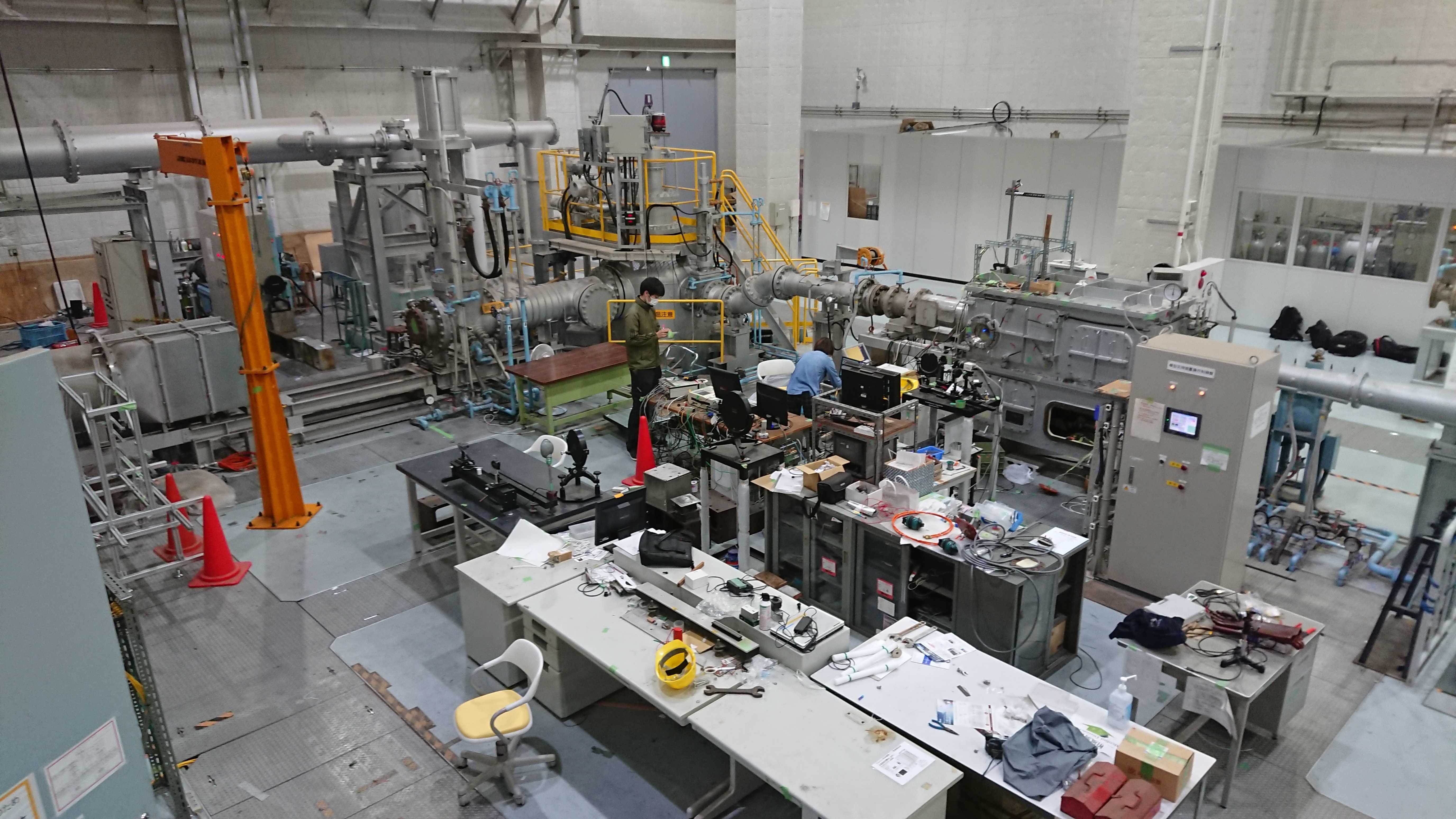 In the volume 39 of our school magazine SOSEI, the featured article was titled "Reaching Space from Kahiwa". It covered space science research and development and its human resource training conducted at GSFS on the Kashiwa Campus of the University of Tokyo.

SUZUKI Kojiro at Department of Advanced Energy, the featured professor on the Vol. 39 issue, has been performing research on the most advanced space development technology. He is an expert of hypersonic and high-enthalpy gas dynamics, Space Transportation System and space exploration. He has engaged in the launch of "re-Entry satellite with Gossamer aeroshell and GPS/iridium (EGG)" in 2017 and has been developing a SMA aeroshell for the mission of the microsatellites, BEAK, the successor model of EGG, which is planned to be launched in 2023.

We interviewed Professor Suzuki about his childhood and school days.

Q: Professor Suzuki, you are now engaged in fluid dynamics and rocket system research for space exploration. When did you start to have interests in space?

A: When I was in the first grade of elementary school, Apollo 11 succeeded in landing on the moon, which was a big news. Looking back, it was the beginning of my curiosity about space. And the American TV series "Star Trek" was also on Japanese TV around that time. I became a big fun of it as a little child. I remember that I was so excited to watch it on the black-and-white screen on television. Then when I was a university student, a manned space shuttle Columbia was launched for the first time. Having witnessed all these things, my passion for space bloomed. It was a natural consequence for me.

Q: Have you been dreaming about getting a job related to space since you were a child?

Space was not as close as now when I was a child. Apollo 11 was a major news but it happened in America. It was almost like a science fiction story. On the other hand, jet planes and other aircrafts were very popular topics on magazines then and there was a kind of a boom. Naturally, I began to think about becoming an aeronautics researcher. That was when I was in high school. I searched for universities where I can study about aeronautics. I found that there was only one university I can commute from home. The University of Tokyo was it. So, I made up my mind and studied hard.

Q What was your research topic when you were an undergraduate student?

I successfully passed the exam and entered the College of Natural Science I and entered Department of Aeronautics (the present Department of Aeronautics and Astronautics), School of Engineering. As I said that I had been interested in aircrafts since I was little, what most attracted me was "the shape" of them. I searched why those crafts were shaped that way. Then I found that there is an academic field called "aerodynamics."

While I was in undergraduate school, my experiment was to measure air resistance at a facility of a low-speed wind tunnel on Hongo Campus. I wanted to continue research, so I entered graduate school. At that time, the Japanese supercomputer was burgeoning. It enabled us to simulate "whirls" in three dimensions instead of the conventional two dimensions. I visited the Supercomputer Center frequently and spent all my time in simulation, worrying about the mounting rental fees of the computer every time.

To tell you the truth, I'm still taking care of the same low-speed wind tunnel on Hongo Campus. It's 80 years old already. I've been lucky to be able to use this facility because this kind of experimental facilities are not so available at university. Now, I'm doing my research on fluid dynamics with the hypersonic and high-enthalpy wind tunnel. Looking back my research history, I have been always with wind tunnels.

Q: What was the turning point to shift your research subject from aircrafts to space?

I noticed that the common point between aircrafts and spacecrafts is the shape and thought that I could research on both in aerodynamics. The earth environment and space environment are very different but the basic ideas are shared to build both crafts. The shape is closely influenced by aerodynamics (or fluid dynamics). I was excited to find that this can connect my childhood dream and my research.

Q: That's how you started to involve in space field and projects associated with JAXA and NASA. Turning to the research here in GSFS, what are the latest projects you are working on with your students of your laboratory?

In my laboratory, we are doing research on fluid dynamics and aerodynamics---precisely speaking, space navigation and future aircrafts. There are 25 members including some international students. I let them start deciding their research theme just after they enter the laboratory. It is important for each student to reconsider what they are really interested in and what they want to research. Contemplating on yourself and your own interest is important. One more thing I value is ideas liberating from every conventional idea.

"Produce 1000 ideas. Even if 990 of your ideas get laughed at by others, 10 ideas may deserve to consider. If just one has something special, that's enough. For one idea out of 1000 to be successful, you always need to have free imagination and flexibility for variety of subjects."

This is what I always tell third-year undergraduate students during my lecture. It is extremely difficult to be totally free from the common sense and fixed ideas. I still train myself continuously asking if I am completely free from them.

Q: Last question. What do you like most in your research life?

The most fun time is when I am thinking about algorithm of calculation and simulating mock-ups of wind tunnels in my brain. I love thinking up ideas and love the moment when I hit upon a good idea. Well, most of them end up failing though...ha, ha, ha. "I have never seen it before!" is the highest compliment for me. And I am fond of "shapes" after all. I am still looking for my ultimate shape. It may be a shape of a new spaceship, maybe a shape of a whirl in the air...It's my life-long dream since I was a little young one.

The interview and the original Japanese text: Mayuko Araragi

He is a professor at Department of Advanced Energy, Graduate School of Frontier Sciences, the University of Tokyo. He graduated from Department of Aeronautics (the present Department of Aeronautics and Astronautics), School of Engineering, the University of Tokyo and the doctoral course of Graduate School of Engineering. After he worked for the STS department and later for the space exploration engineering department at Institute of Space and Astronautical Science (MEXT) and Jet Propulsion Laboratory (NASA), he became a professor at GSFS. He loves visiting art museums. The favourite place of the Kashiwa Campus is the façade of the auditorium on the second floor of Transdisciplinary Science Building.

Upcoming Event Related to His Research

Development of space science technology and human resource training for the field at GSFS is featured. Take a look from here: https://www.k.u-tokyo.ac.jp/en/assets/files/sousei_d/39/html5.html#page=3