At the southernmost city of the Boso Peninsula, Tateyama City Chiba, there is a district called Shiomi, where Gonjiro House stands. The Gonjiro is an old farmer's house with a thatched roof, consisting of three buildings: a typical local style main building, a wet area (kitchen and bathroom), and an adjacent storehouse. Professor Akiko Okabe in the Department of Socio-Cultural Environmental Studies, the Graduate School of Frontier Sciences (GSFS) and her laboratory members settle a base at the Gonjiro House for their project for refurbishing the House and the community.

Professor Okabe started the local community revitalizing project and named it "Gonjiro School" when she was teaching at Chiba University in 2011. She continues to carry out the project even after she moved to the GSFS, and new generations of her laboratory members keep taking over the activities from senior students.

The story of the Gonjiro project is also covered on the page of "ON CAMPUS x OFF CAMPUS" of our school magazine SOSEI vol. 40. 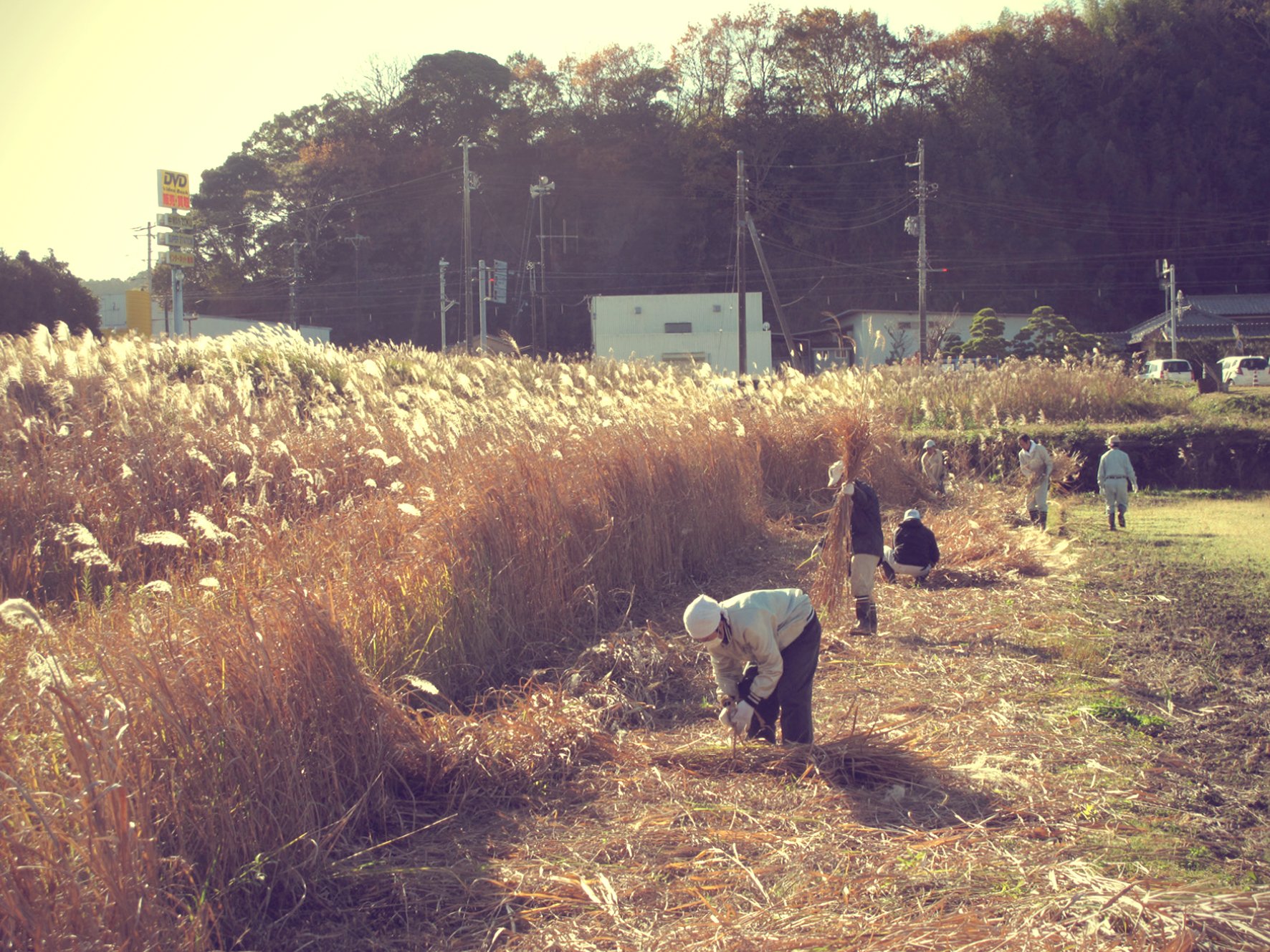 Photo: Thatch for the roof

In the old days, the community had kayaba, the land for harvesting thatch, but people do not maintain thatched roofs anymore and consequently kayaba is disappearing. Therefore, they needed to find a place for growing thatch to start the project. 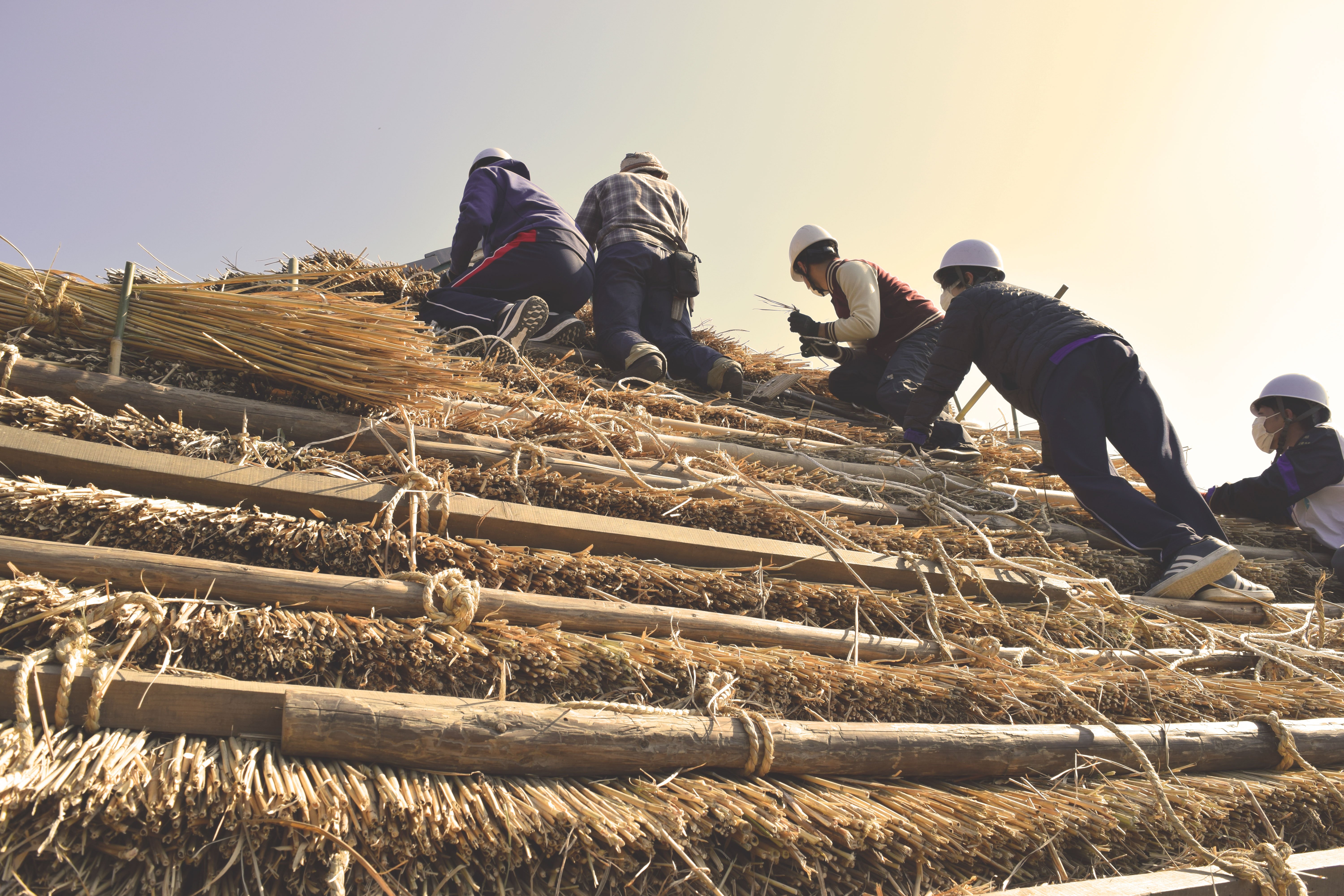 They harvest 120 to 150 bundles of thatch every year but 10,000 bundles are needed to rethatch the entire roof. Because the Gonjiro House does not have a space to store harvested thatch, they rethatch the roof one part of the roof per year.

■RENOVATION OF THE MAIN BUILDING AND KITCHEN 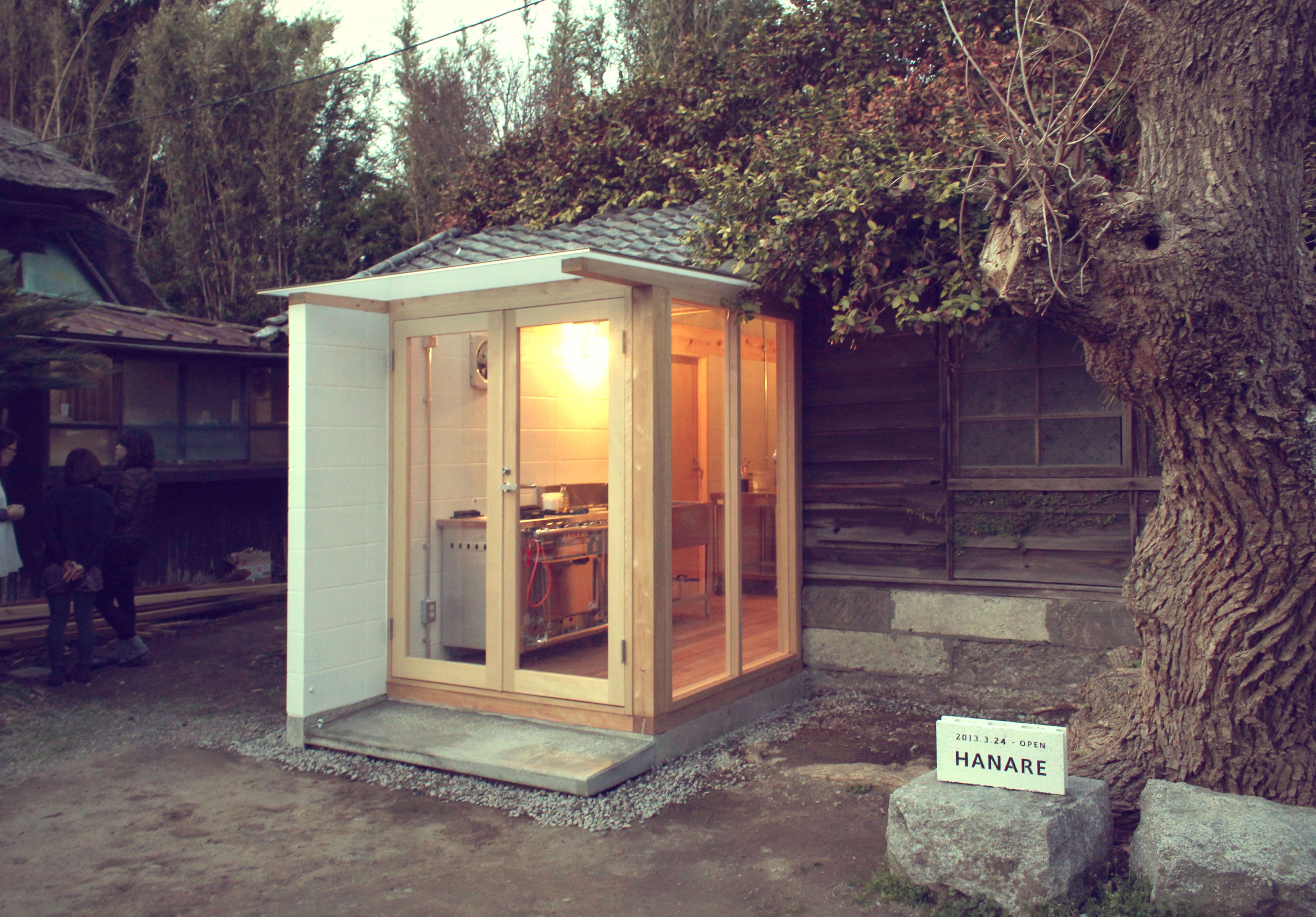 The building they use as kitchen now was dilapidated when the project was started. Because it was ramshackle, they named the kitchen "The Shabby Kitchen." The entrance of the renovated kitchen faces to a local lane instead of the main building as if welcoming villagers.

Before the COVID-19 pandemic, they used to organize events actively for interacting with the local people. 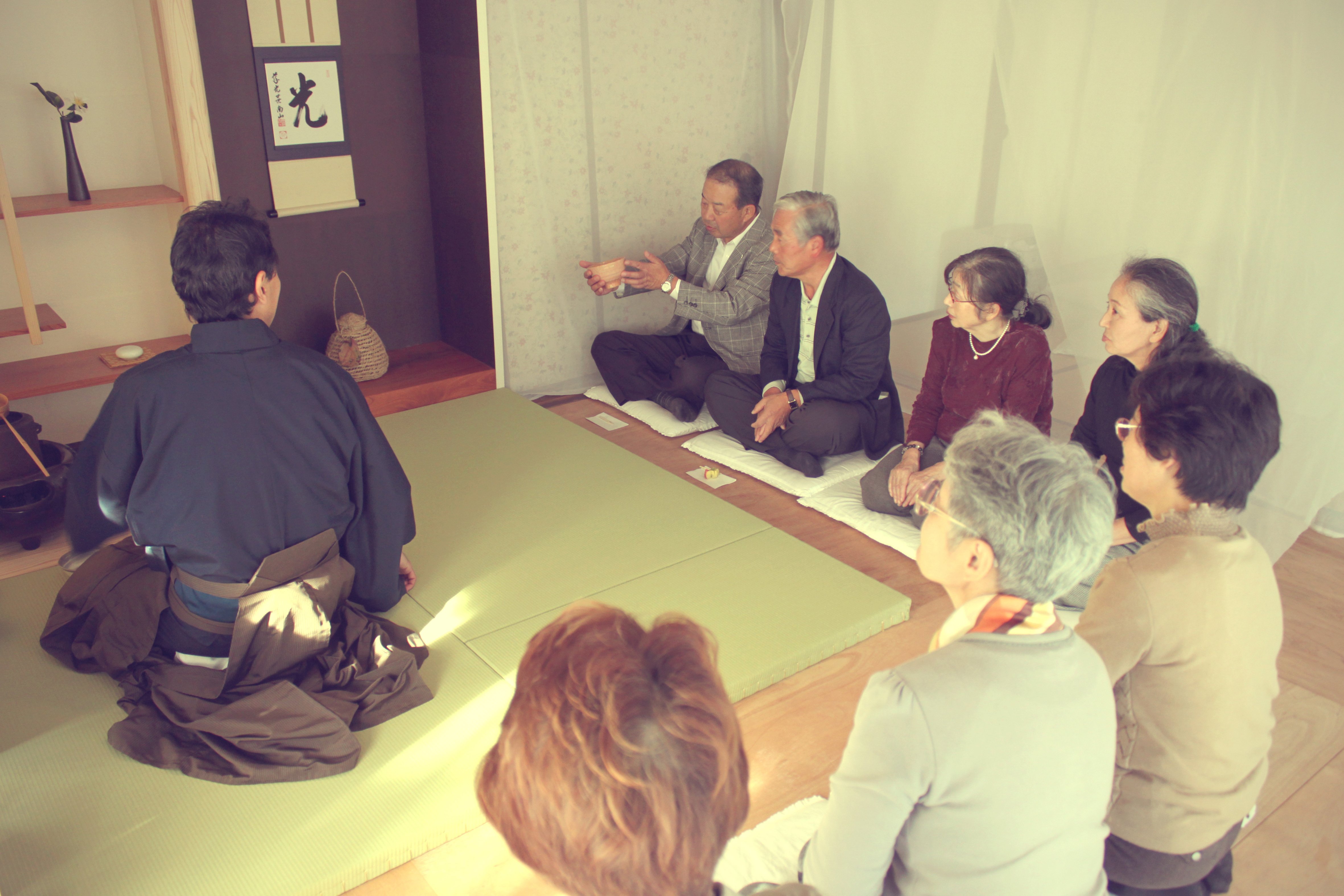 The Japanese tea ceremony event is held periodically inviting local people. Students remodeled a part of the Gonjiro House into a tearoom. 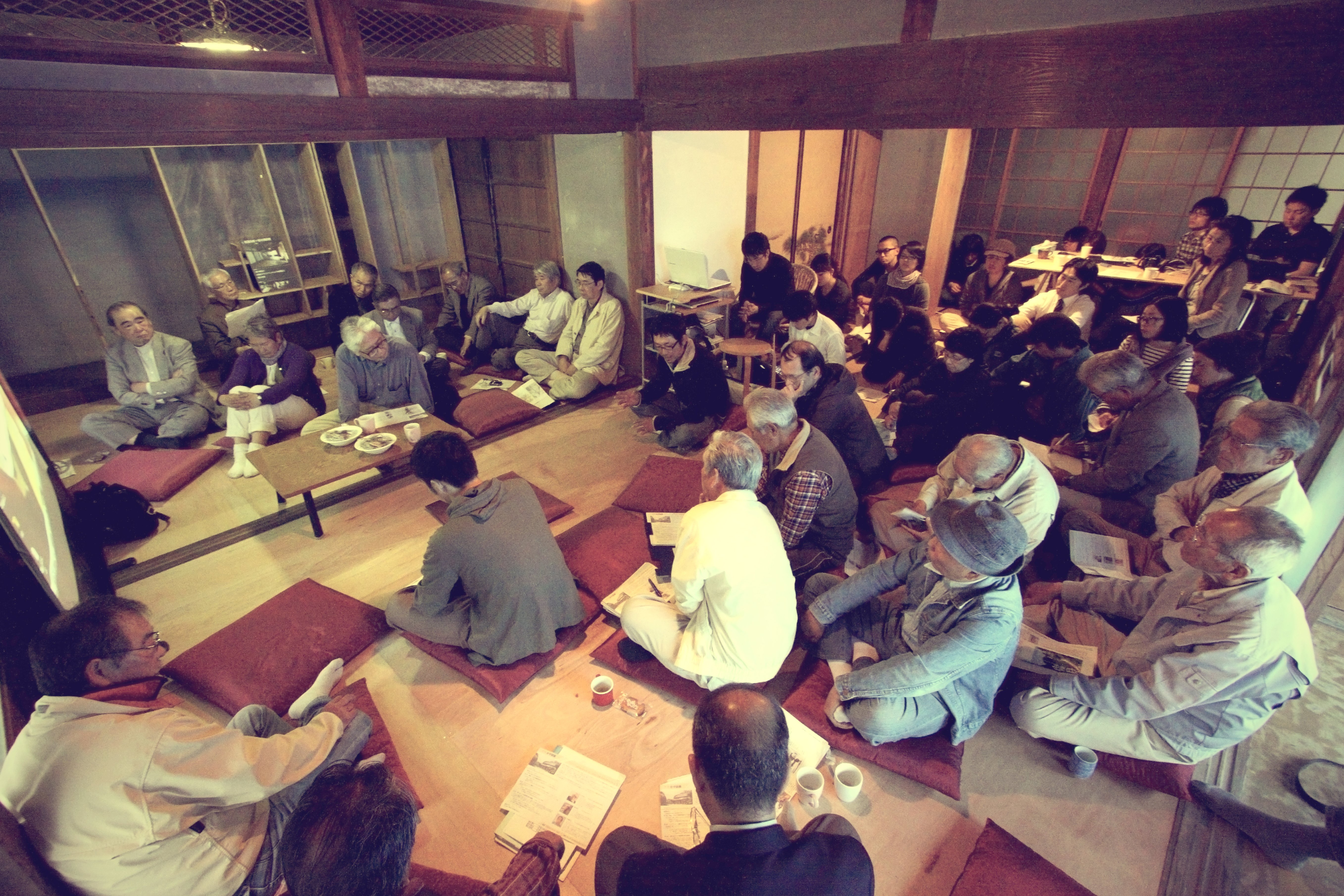 Kaya Talk started when the project was first started to discuss how to maintain the thatched roof of the Gonjiro House. All participants talk about various issues together in Kaya Talk. 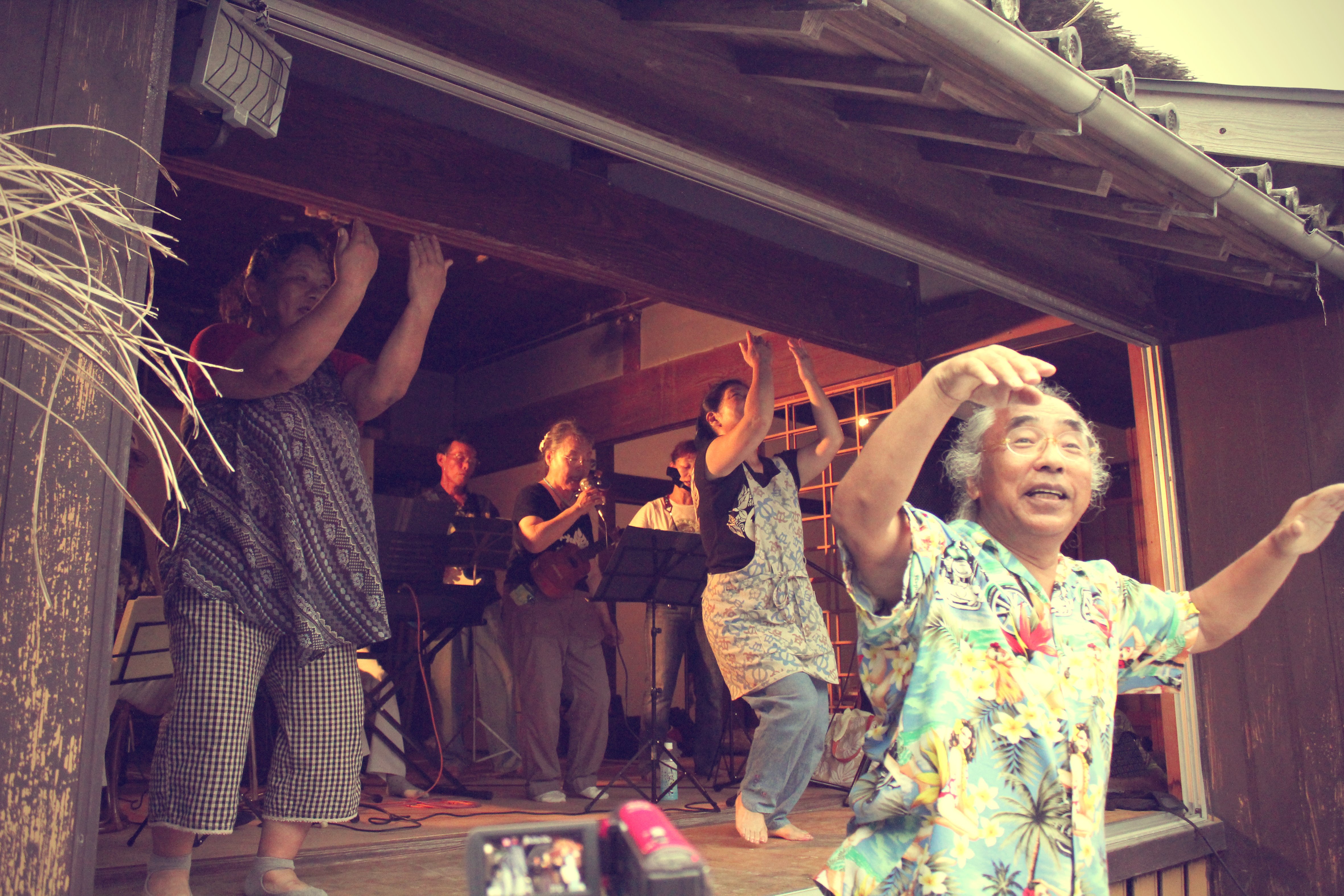 Many local people participate in the Gonjiro Summer Festival together with student staff. One of the attractions in the festival is nagashi somen*, for which they start preparation by logging a bamboo tree.

Somen is Japanese fine wheat noodles. Different from the regular somen style, in nagashi somen style, you catch noodles flowing down the long water slide made of bamboo with chopsticks and dip in the soup and eat. 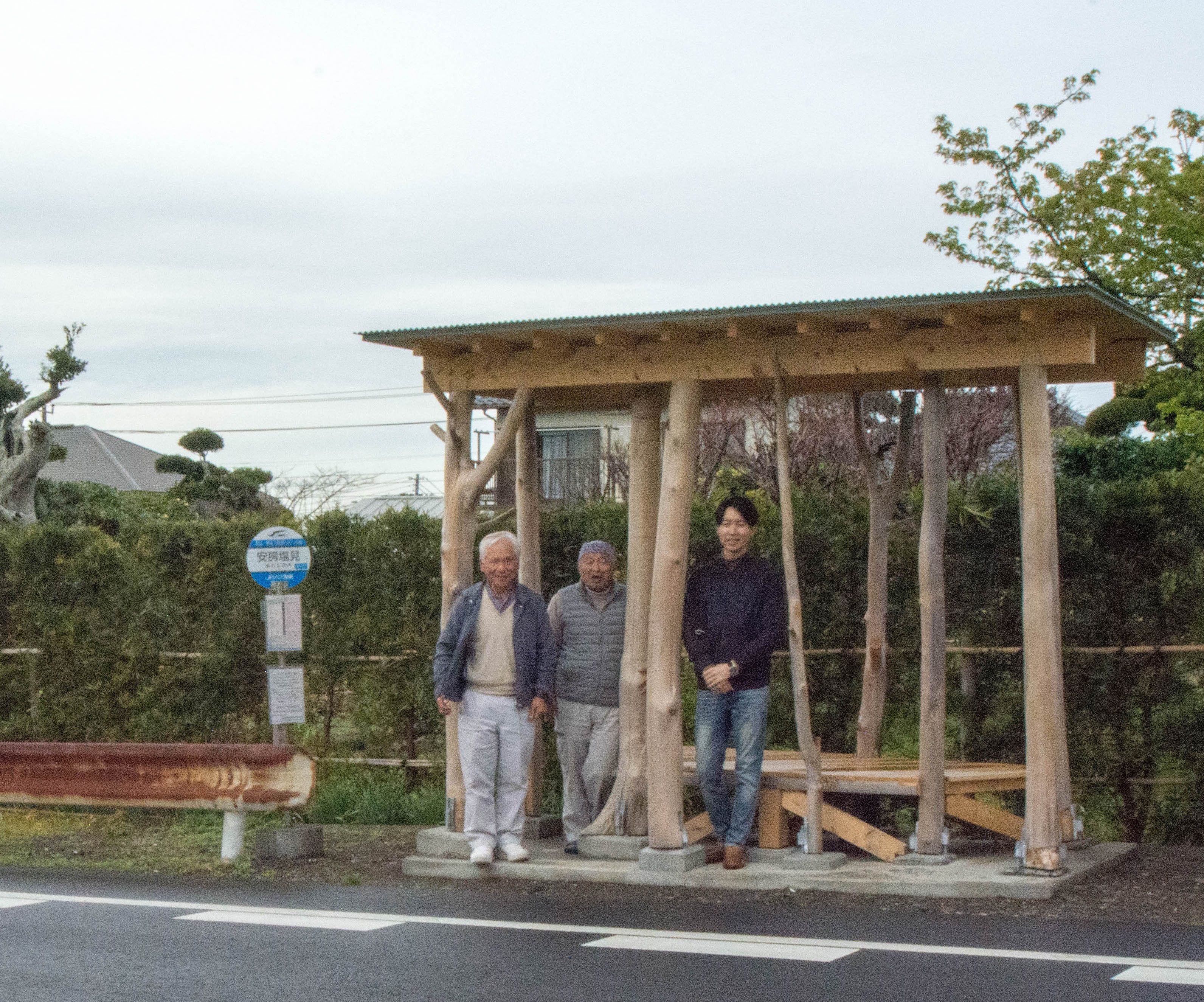 A strong wind blew down the Awa-Shiomi bus stop in 2018. Having discussed many times with the local community on building materials, design, and gone through the local government's screening, the new bus stop rebuilding project was started. They crowdfunded and completed the new bus stop in December 2020 with the pillar made of wood logged in Shiomi District.

Odo District in Minami-Boso City is where there are many thatched-roof country houses. One of the GSFS program, Integrating Environmental Design Program launched a project to design camping sites on farmlands that are not used anymore because of the aging society using the rich water source of the dissected valley in this area. They plan to intersperse camping sites to naturally reconnect the district. The first thing they set about was an unavoidable facility for human beings: toilets. They are now improving the plan and will implement it at the district.